Organised on behalf of The Museum of Modern Art, New York

“Work has become transportable and ubiquitous, almost a state of mind. Like a bubble of pure concentration that can turn on and off with or without the help of tangible tools, work is where you are. The title of the exhibition comes from the concept of the individual workspace as a halo, a private and personal space, that better defines and enables interaction among people and with work tools”.
– Paola Antonelli, 2001

Workspheres examined the balance between work and life, and the important role designers play in devising effective solutions for our ever-changing work paradigms. The exhibition featured six new commissions, comprising work tools and environments designed by Naoto Fukasawa, Martí Guixé, Hella Jongerius, Lot/Ek Architects, the MIT Media Laboratory/John Maeda and Joe Paradiso, and a team made up of Jeff Reuschel and Ronna Alexander, Brian Alexander, Christopher Budd, Kevin Estrada, and Brad Paley. The concepts brought to life realistic visions of the near future and the exhibited objects ranged in size and type from entire working environments to computer interfaces and personal accessories. The exhibition also presented a selection of prototypes already under development and available products that were designed with sensible and sensitive attention to the way we really want to work.

Following extensive research – conducted by the curator, an advisory board and many unofficial advisors – key findings informed the exhibition. These included time and pressure as recurrent themes, generated by the challenges of juggling work and family life, keeping up with technology and coping with a high volume of work. It was found, that many employers had in 2000 already embraced comfort as a way to build loyalty in a high-turnover market, often bringing the attributes of home into an office space. A new sense of hierarchy was also making an impact on architecture and dress codes were moving in a casual direction. Designers and manufacturers were moving away from muted corporate colours toward more freedom of choice and customisation. By extension, the exhibition was organised under the sub-headings: The Reorganisation of Time and Data, Nomadic and Domestic Work, Space for Creativity, Isolation and Relaxation within an Existing Office, Individuality within a Corporate Environment, and New Workstation for the Official Office.

Part of a 12-month paid internship programme, Jade Niklai began in the A&D department as a curatorial intern on the Workspheres exhibition, working closely on the new commissions and supporting the team on a range of research and production related tasks. Realised in a pre 9/11 and Covid era, the exhibition was groundbreaking in concept and execution. Elevated to the position of curatorial assistant after the vernissage, Jade played a crucial role in the digitisation of the Mies van der Rohe architectural drawings, which was the first permanent collection to undergo digitisation and set best practice for the rest of the museum. She also supported the research and administration of new acquisitions and donations to the A&D collection under the direction of department director, Terence Riley, and conducted preliminary research for future projects. 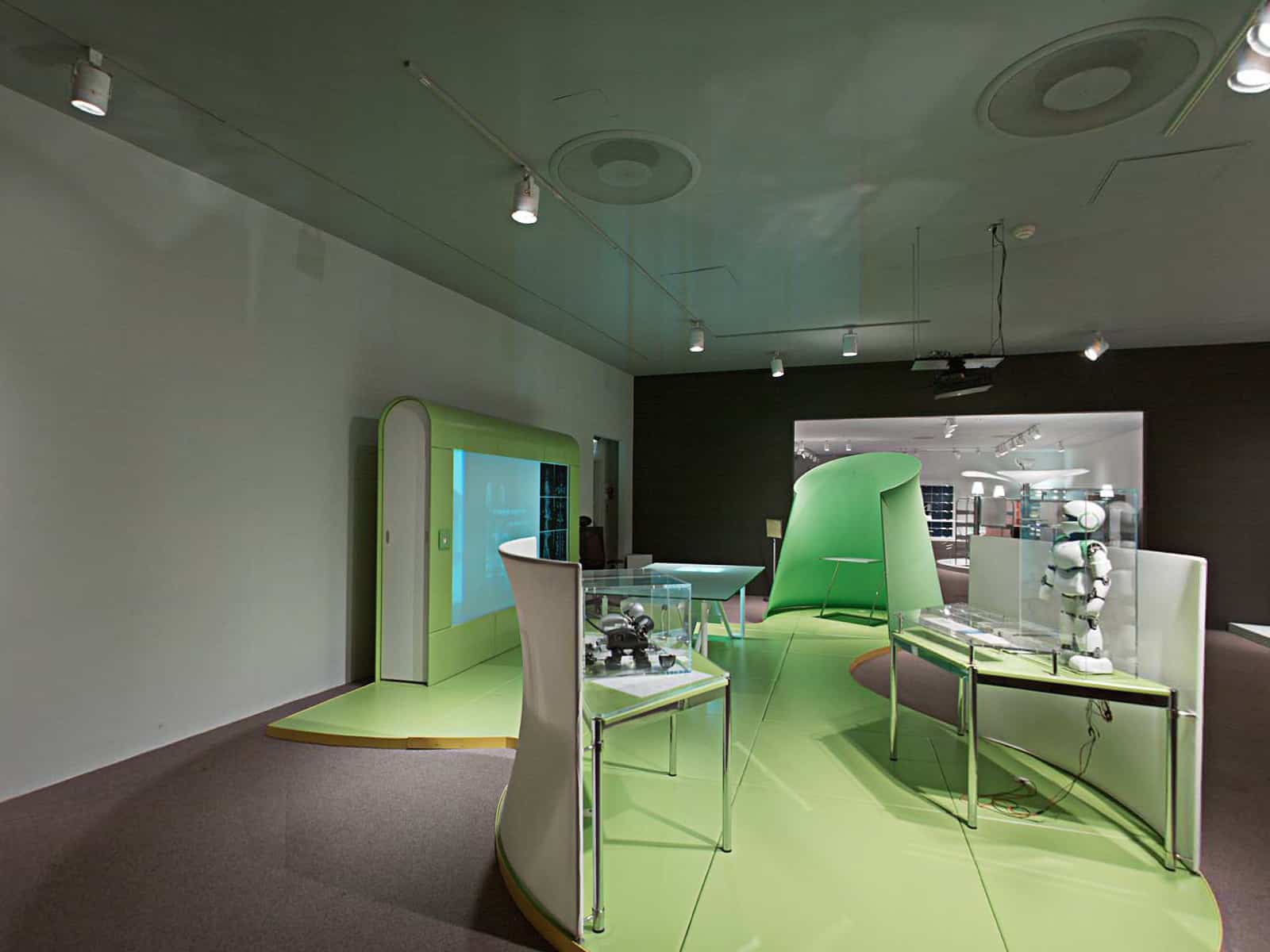 Presented under the heading, Nomadic and Domestic Work, My Soft Office by Hella Jongerius incorporated technology into a series of domestic objects to facilitate a wide range of activities from within the home, rather than simply ascribing a traditional office environment to one room. While more people are beginning to work from home, either in their own businesses or as part of a corporate program, home offices are frequently set up in spare rooms not designed to serve as offices. This design brief required that the solution manages smallness, minimal infrastructure, and variable conditions and demands, such as the presence of family members, pets, and other functions typical of the home.

Jongerius’s project exploited the common phenomenon of creative thought while at rest and provided the ability to work from the comforts of the bedroom. For example, “Bed in Business,” an extra-long bed manufactured by the Dutch firm Auping, was equipped with a computer screen at the foot of the bed that could be lowered and raised. The corners of the bed could be adjusted to upright, inclined, and horizontal positions. Additionally, a keyboard and mouse were embedded in “Smart Pillows” that employ touch-sensor technology, and they were complemented by two stereo loudspeaker-pillows.

“Power Patches,” compact versions of the bed and pillows, were cushions that encouraged lounging comfortably on the floor while working at a computer. The patches were portable and could be used in any room of the house. Cushioned by a soft gel that molded to fit the contours of the body, the patches transformed the traditionally rigid method of sitting upright to work at a computer into a more relaxed position that was integrated with domestic life. Moreover, the use of color and textiles helped to discard negative associations about bringing work into the home. 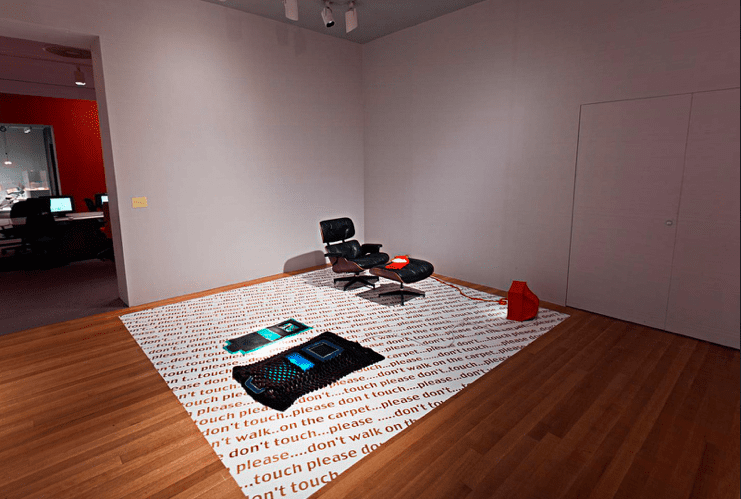 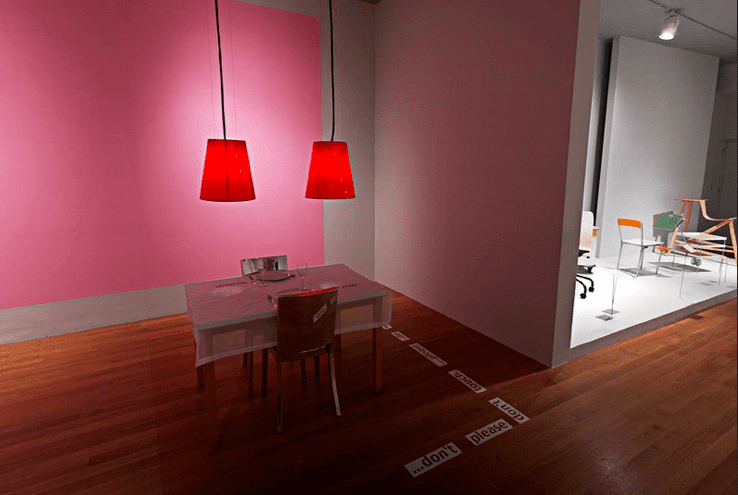 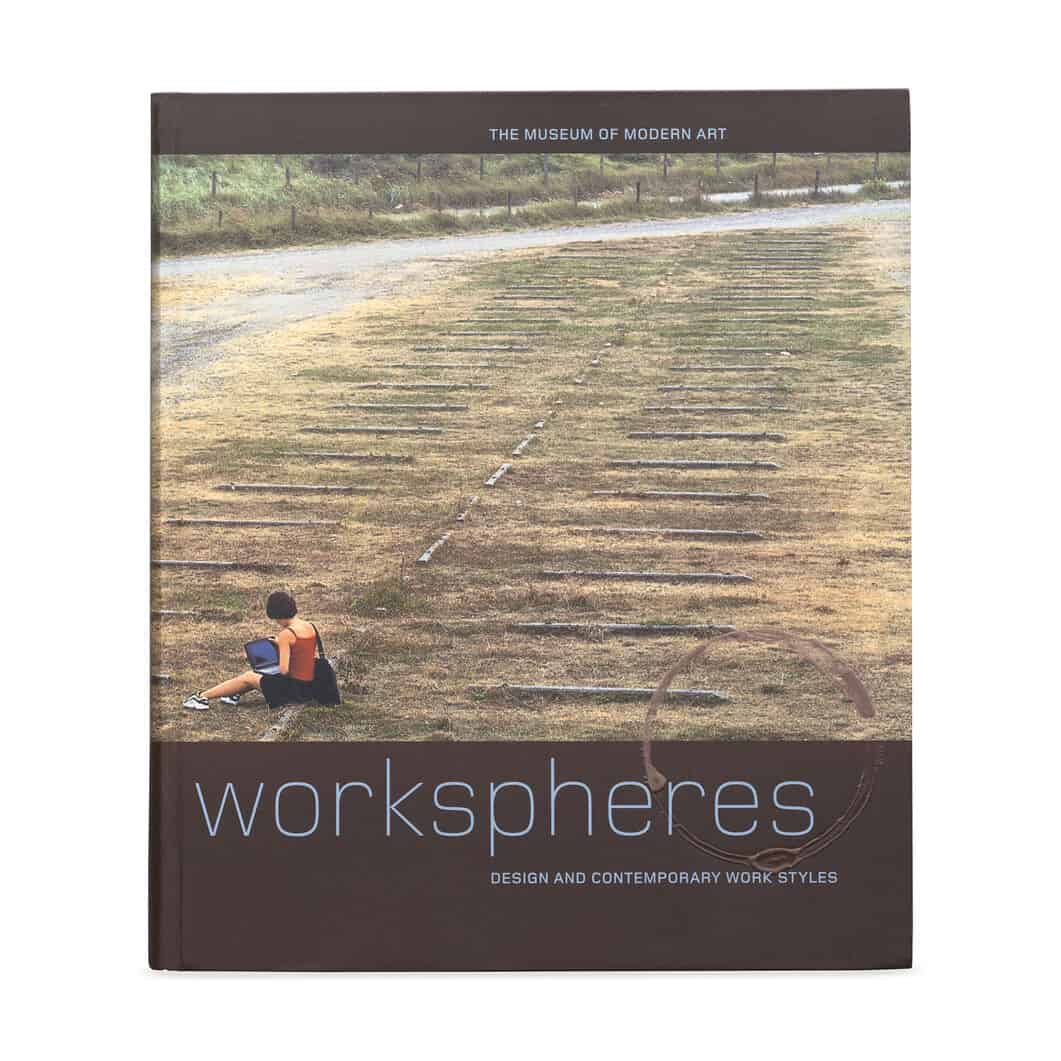